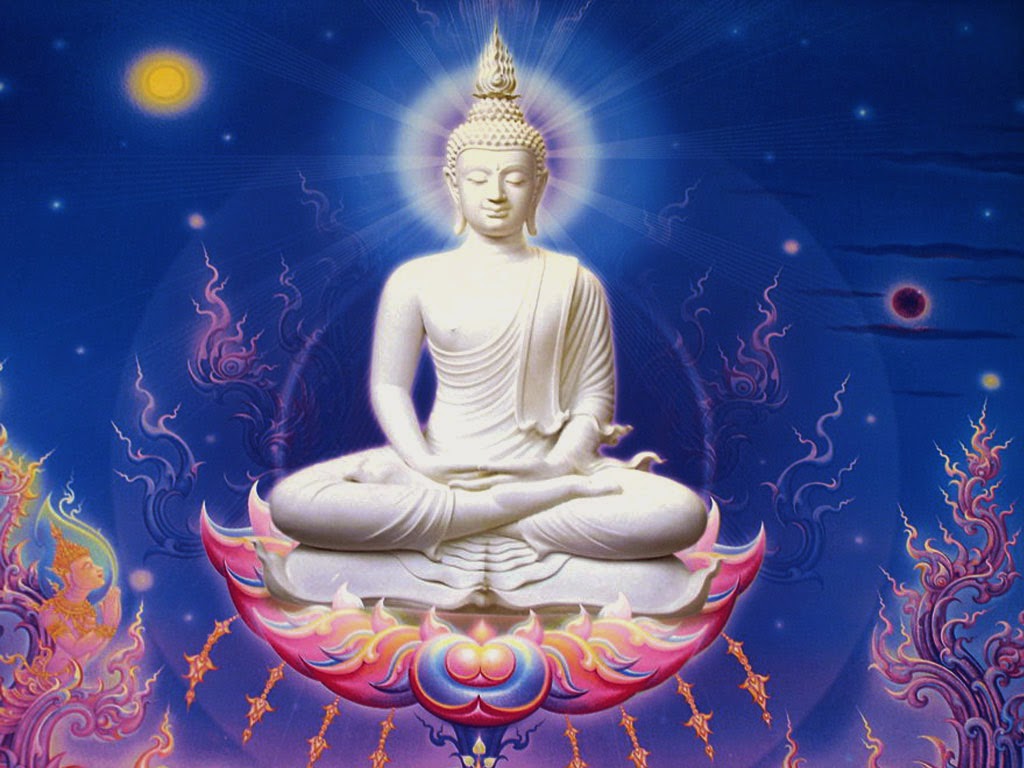 What is Buddhism? Is it a religion, a philosophy, or both? Is it something that can help me be the best I can (Om mane Padme om), or is it just an interesting curiosity? After more than 2500 years it has stood the test of time, yet at the age of 58 I come to it with many questions. I had been reading about Buddhism, and especially Tibetan Buddhism, for about twenty years now, since the mid 1990s. However it was not until I attended a series of classes on meditation during January 2015 that I "got it." I finally understood what Buddhism was about, and what was at its core, or essence.

What I found - after going back to a number of biographical studies of the life of Buddha during 2014 and looking at his own path to enlightenment, along with taking on board the wise words delivered as part of the 2015 meditation course - was a revelation. I was enlightened about the true meaning of enlightenment and the path leading to it. I have therefore tried to summarise my new understanding - my revelation - below with a few brief notes. They are written primarily for my own reference, so that I do not forget them, but also to help others who come to Buddhism and are confused by its many forms, strands and often complex terminology. Much of that complexity came later, following the death of Buddha. However Buddha himself, like the Dalai Lama, was a simple monk. His teachings, at their heart, were simple, yet profound. They are for every person on this planet, irregardless of individual religious beliefs. They offer a path to inner peace and happiness and allow us all to manage the suffering which is a normal part of everyday existence. The climax of Buddha's searching, contemplation and meditation was the Eureka! moment when he discovered the following, the key to achieving inner peace - the four noble truths:


4 Noble Truths
These refer to personal, internal suffering arising from desire and externalities, and not to physical suffering arising from pain or illness. The 4 Noble Truths of Buddhism are like the Ten Commandments of Christianity, only more central to the teaching. From them everything else flows. In times of doubt and confusion we should return to them. The revelation of the 4 Noble Truths to Buddha came after many years of meditation and life experience. It was a powerful moment, and the core of all that followed in his life. Their simplicity is breath-taking, yet their significance is profound.

In regards to my own journey, I found that meditation was the key to unlocking what Buddhism was all about. All of a sudden I understood why the iconic images we have of Buddha are of him meditating. Meditation is such an important element to implementation of the 4 Noble Truths, for through meditation one can achieve enlightenment and live life according to the Noble 8-fold Path. We can read about all of this, but meditation is integral to a true understanding and practical implementation. The Noble 8-fold Path is a means of achieving an end to personal suffering, just as meditation enables one to clear the mind of suffering. It is composed of the following elements:


Noble 8-fold Path
The first three elements are often referred to under the general heading of MORALITY. The second three are referred to in respect of MEDITATION. The final two refer to the attainment of WISDOM.  If one follows these as a way of life, then the path to enlightenment is open. Buddha spoke of the Middle Way in achieving enlightenment, and this meant that anyone could do it - from the monk meditating along in a cave on a hill, to an ordinary person working and raising a family. These eight actions and the 4 Noble Truths are the core around which Buddhist teachings, scriptures and practiced have developed, and continue to develop.

Other elements of understanding that assist with the attainment of an end to suffering, or enlightenment (nirvana), include:


All of these elements can effect the path to enlightenment. The three signs of being are also commonly referred to in discussions aimed at understanding and achieving enlightenment.


3 Sign of Being
These are simple elements at the core of Buddhism. From all these the vast complexity of modern understanding, practice and scripture flows. Impermanence, especially, is a core element of Buddhism, for an appreciation of impermanence can assist one in obtaining perspective regarding what is important in life and death.

Posted by Michael Organ at 19:27 No comments: